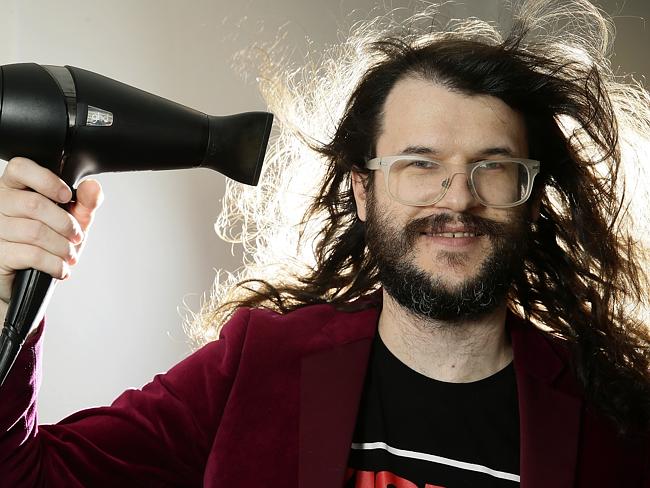 Getting a coffee in the inner city may never be the same again as the brooding hispter look runs its course.

STYLIST to the stars Kim Rattenbury has made a shocking discovery which is sure to upset hairy men everywhere — the hispter beard is on the way out.

The man behind Leo Sayer’s famous curls and the hairstyles of A-listers like Hugh Jackman, Dannii Minogue and Dave Grohl says more men are opting for a moustache instead of the full beard.

Fans of the bushy but artfully coiffed Ned Kelly-style beards may be in mourning, and those who think the look is a little too contrived and cliched might be ceelbrating — but the stylist has spoken. “For the men, I see they are going for the short back and sides with the fade however I am noticing the slightly longer hair is coming back again,” said Rattenbury, who is now operating out of a Darlo boutique called Kimmy Ralph’s.

“And I am also seeing a rise in the number of people getting rid of their beards and going for moustaches.”

After more than a decade of styling some of the biggest names in film and music, Rattenbury has established a home of his own with the launch of his Sydney salon.

The acclaimed stylist has clipped and crimped at every Australian Fashion Week since 2006, working on shows for Salvatore Ferragamo, Zimmerman, Romance Was Born, Tsubi, and Kirrily Johnston and has also travelled to both the Paris and Milan Fashion Weeks.

While Rattenbury may be settled into his new Darlinghurst hub, he still plans to make house-calls and trips from time to time.

“Celebrity work is great and when you work within fields like the music scene it helps to define you and give you a sense of style and I always wanted to do something along those lines,” he said. “I have gone back to my roots in some ways by working in a salon but I like the change of pace and the people and I have been pushing to get this off the ground for a while now.

“I will probably still get some people in the industry who will prefer me to go to them and I am still happy to do that but for right now I just want to focus most of my attention towards the salon and my clients.”

For more information about Kimmy Ralph’s, which is located at 2/229 Liverpool St, Darlinghurst call 8068 5578 or visit kimmyralphs.com.au

check out Kim’s interview with the daily telegraph here on this link.